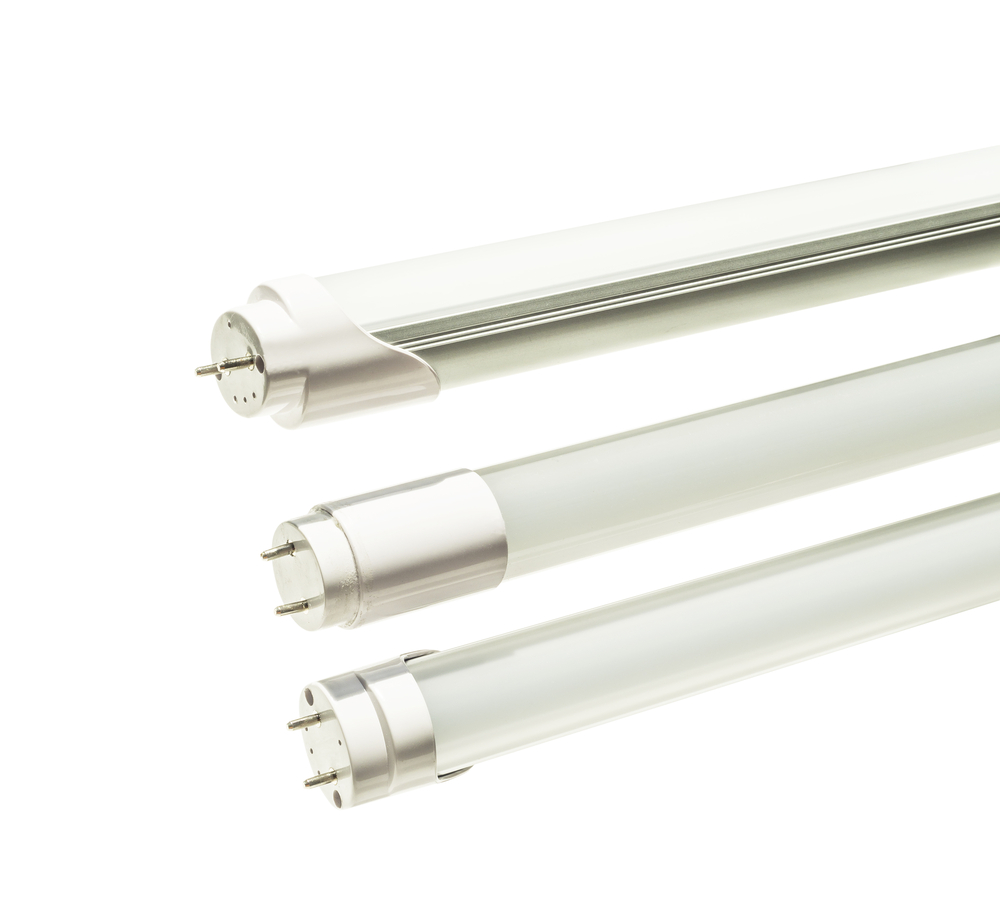 LED lighting has been around for a while, but there have been substantial upgrades in the design and performance of LED T8 tube lighting over the past couple of years that makes them an attractive—and hard to ignore—alternative to fluorescent T8 lighting. While fluorescent lamps are decent energy-savers, there any many reasons why LED tubes are the better option.

The overall performance and light quality of the LED T8 far exceeds that of the fluorescent lamps. LED T8s last up to 50,000 hours+. After that, the light output will fall by 70% but will still last thousands of hours after that. That means your LED lighting could last you more than five years! Fluorescents, by contrast, only last up to 30,000 hours.

Additionally, LED lamps light up at full intensity with no buzzing or flickering that is such a familiar and oftentimes irritating feature of fluorescent lighting. Plus, the temperature does not alter their performance. For example, if you work in a barn, a garage or a warehouse, colder temperatures can cause fluorescent lighting to operate slowly and sluggishly. Not with LED lighting! LED lamps are cold to the touch, which means they will operate with full-intensity no matter the temperature.

Industry-experts and homeowners alike prefer LED lighting because they are incredibly environmentally-friendly. As electrical contractors, we appreciate the fact that LED T8’s are recyclable. Not only do they not have to be replaced as often, but they drastically reduce the amount of lamps that fill up landfills each year. More importantly, LED lamps eliminate the mercury hazard that is found in fluorescent lamps, which means less hazardous materials seeping into the environment. This means that we can do our part to positively impact the environment while still providing the highest-quality electrical services to our customers.

While LED T8’s may seem more expensive than fluorescent lamps outrightly, their cost-efficiency makes them a worthwhile investment. First of all, they consume half as many watts as fluorescent lighting. Secondly, the cool-to-the-touch nature of LED lighting means that you won’t need ventilation or air conditioning to accommodate them. Both of these factors can lead to a significant reduction in long-term electricity costs.

As we mentioned above, LEDs last longer which means they don’t need to be replaced nearly as often. Plus, LED lamps are composed of high shock and vibration-resistant bodies whose poly-carbonate lenses prevent glass breakage. This essentially means lower maintenance costs, especially in those hard-to-reach areas that require lifts and outside help to replace and maintain them.

If that wasn’t convincing enough, LED T8 lamps can be installed into existing fluorescent fixtures and ballasts. There are different kinds of LED T8 tubes that are more compatible with existing fluorescent ballasts than others, so consult your electrician for the best fit.

Overall, LED T8 tubes are the preferred lighting source for contractors and electricians alike. Not only will they provide you with the best quality lighting available but they will last years, making them an important investment for your lighting needs.

Preparing for a Hospital Power Outage Before It Happens

As we battle a global health crisis that shows no signs of slowing down, hospital…

Commercial Electrical: Uninterruptible Power Supply vs Generators
One thing that almost every business has in common is that they cannot operate without power. Here are the pros and cons that having a backup generator or uninterruptible power supply can offer your business in the event of a power outage.
Contact Us
Major Service Areas
Areas of Service
Recent Posts