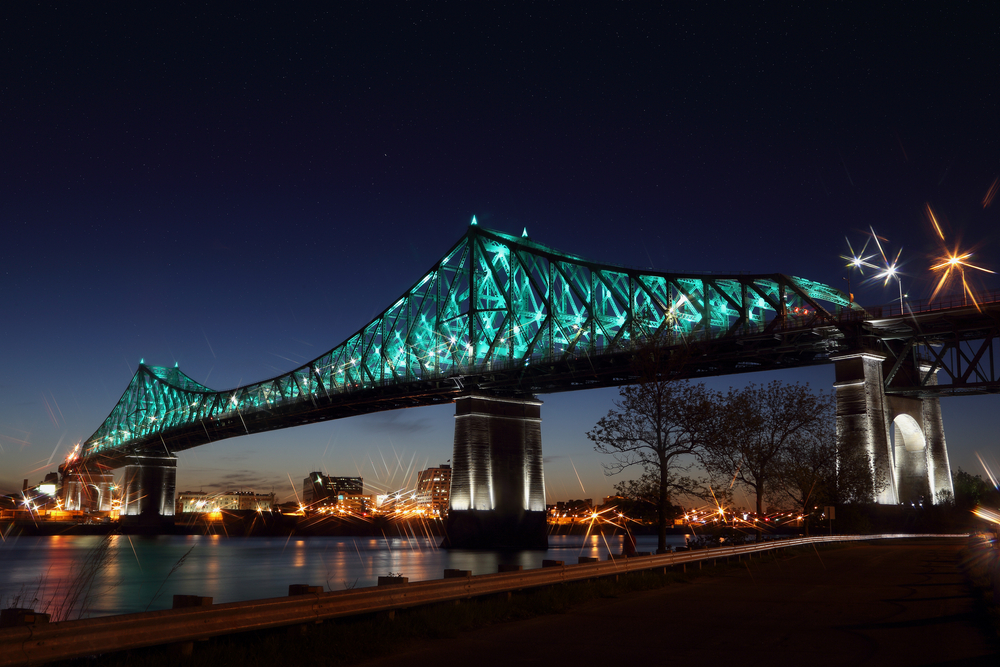 Incorporating LED bridge lighting into your community can be extremely beneficial. Light Emitting Diode Illumination, also known as LED lighting, offers a wide variety of advantages cities and counties with bridges. While not only providing a city with the opportunity to add some much-needed upgrades, adding LED lighting to a bridge also provides many other advantages, as well as a few challenges.

The Intrigue of LED Lighting

While adding LED lighting is a bit of collaborative process, the upside that it provides a community is priceless and offers a community the chance to strengthen its identity. Adding LED lighting a community’s bridge can capture the attention of hundreds and thousands of people and provides an opportunity for the community to still preserve historic aspects of their structures while also providing a much needed-upgrade. LED lighting is even on the verge of being the main component in Li-Fi, potentially taking the place of Wi-Fi in commercial construction.

LED bridge lighting not only offers “eye candy” to visitors, it also has added benefits for existing community members. San Francisco, who added LED lighting to their bridges in 2013, saw the project support 88 jobs and contributed $10 million to the city’s GDP, while even boosting the economy by $97 million thanks to the nearly 50 million people that came to see the lights. Adding LED lights to a known bridge in a community can give frequent visitors or locals a new reason to spend time in the area.

Lastly, LED bridge lighting is among the most energy-efficient options a city can choose when deciding ways to improve the community. LED lighting is widely known for using less power than traditional lighting and rarely needs to be replaced, providing an eco-friendly lighting option with an extremely long lifespan. LED lighting sends a clear message of sustainability as they use 85% less energy than traditional lighting sources and can be even less since LED lighting only achieves maximum power consumption while producing certain colors that utilize all four LED colors simultaneously. In total, on a typical night LED bridge lighting uses the same amount of energy as two hair dryers being used would consume.

Why Is LED Bridge Lighting So Challenging To Implement?

For starters, LED lighting is expensive, invasive and can be a large obstacle for communities to consider. Most LED bridge lighting projects will roughly start around two million dollars, it can often take communities many years to finance and invest in proper funding for the project. A project as big as updating a community’s bridge can also prove several logistical challenges. Departments of transportation have to carefully analyze traffic patterns as not to disrupt traffic flow while updating the lighting system. If a bridge connects multiple states, the project would require multiple state departments to be involved in the negotiation process. Disrupting traffic below the bridge is also a concern as barge traffic on the river is constantly turning on and turning off the below-deck lights to help navigate the water at night.

Why LED Is Right for Your Community

It will take a highly skilled team of light designers to combine their expertise, provide a conceptual plan, and complete a project such as lighting a community’s bridge using LED lights, but all data points to the cost being worth every penny. From reduced energy consumption to new jobs and an increase in a city’s GDP, the upside of adding LED bridge lights to your municipality has the potential to illuminate your city’s beloved bridge with a dazzling display of vibrant color.

Preparing for a Hospital Power Outage Before It Happens

As we battle a global health crisis that shows no signs of slowing down, hospital…

Commercial Electrical: Uninterruptible Power Supply vs Generators
One thing that almost every business has in common is that they cannot operate without power. Here are the pros and cons that having a backup generator or uninterruptible power supply can offer your business in the event of a power outage.
Contact Us
Major Service Areas
Areas of Service
Recent Posts